My stud Jaspey boo is nearing five years. This is just insane. How the hell did we get here so quickly? Being in the school routine now has accelerated the speed in which whole months pass by so freely. I just cant believe we have had fifty seven passed on the calenders hung. I remember everything, little details & all the consuming emotions from newborn to now. Photos prompt these memories, lil ways he says stuff in his old toddler like voice, memories drift in from old songs playing that we have danced to. I could while away an evening looking through my old picture albums on the laptop. Triggering palpitations with every scene displayed in the photographs. He is so vibrant & energised in every shot, even the silly blurred ones have such soul beaming from them. I am a picture hoarder, I snap away most days at any sight that inspires me. This week it was his ever multiplying freckles & moles sprinkling his nose & chubby cheeks. He has such an infectious way, his character is sunshine & light in every mood. His happiness is just incredible & he is so amazingly caring & open with his love. He confidently tells me over & over how much he loves me, how handsome I am & asks me how my day was after I ask after his. He has recently learnt what 'ditto' means so is often asking me to tell him that thing...that thing being "I love you" just so he can shout ditto!! He kisses my hand holding his on the way to & from school, he positively glows when he is greeted by me from his nights sleep & at the door at home time from school. Those dimples deepen further for daddy & Ducky when they come home.
He is massively 'addicted' to his & Duckys newest Lego Superheroes game on the Xbox. He cant do alot from what I gather but he loves getting enough coins to win new heroes. Playing alongside Daddy & sissy for a short while is such an excitement of his. I see his overwhelming enthusiasm for this game & at first felt a threat but he is still so attached to his toys, his teddys & messy play, he isnt on it for hours a day so I will forgive this obsession for it makes him so darn happy. He still loves cars & bikes & has quite the collection of ride on vehicles now thanks to his Uncle Mike & Grampy. He is so in love with all the super heroes of Marvel, learning new characters & his favourite at the moment is Juggernaut. He also is interested in Heman & Shera. He loves to scoot to school & take his remote control car the the beach. He loves playtime. Still loves messy play* His o.o.t.d is always his skeleton tracksuit that is just perfection on this kid. And this weeks newest addition, his poundland fakey crocs, with socks. Worn as soon as he gets in from school as they assist his play & make him stronger apparently! This past Saturday morning (which is what prompted this update strangely), Jasper was snoozing in bed with me, reading his book & tiggling me to get up. He has the softest warm skin in the mornings & sleeps pyjama-less so hugs & tushy bites detour my get up & go. But anyhow, he jumps up, fist pumps the air & then in a superman flying pose heads for the bathroom declaring "Mama, im going for a poo!" With just such gusto energy & oomph. Even just going to the bathroom is a moment for this bubb, a good moment, a fun silly laughable while in his little life. I just bloody love that energy, that positivity. This hilarious remarkable dude who I am so blessed to be Mama to. Who has no idea how relevant he is to my heart ticking over. Or maybe he does but hes so casual about it if so :)
My words are just not supporting what I am trying to explain, Im not a poet & my hearts emotions just aren’t definable in my poor grammar. I however saw this quote by Nicole Johnson that moved me so, conveys a little as to how hugely blessed I feel to of been given ownership on parenting this sweet adventureheart. It's not always clear we take the right paths, sometimes it feels like we have invested so much & lost ourselves. But so long as I am loving this one so right, he could be my cathedral. My studley boy, Jasper Casey. 143* 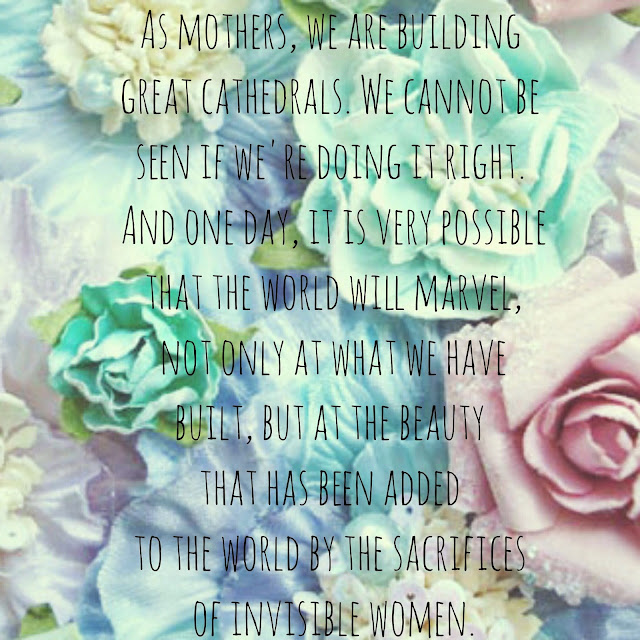